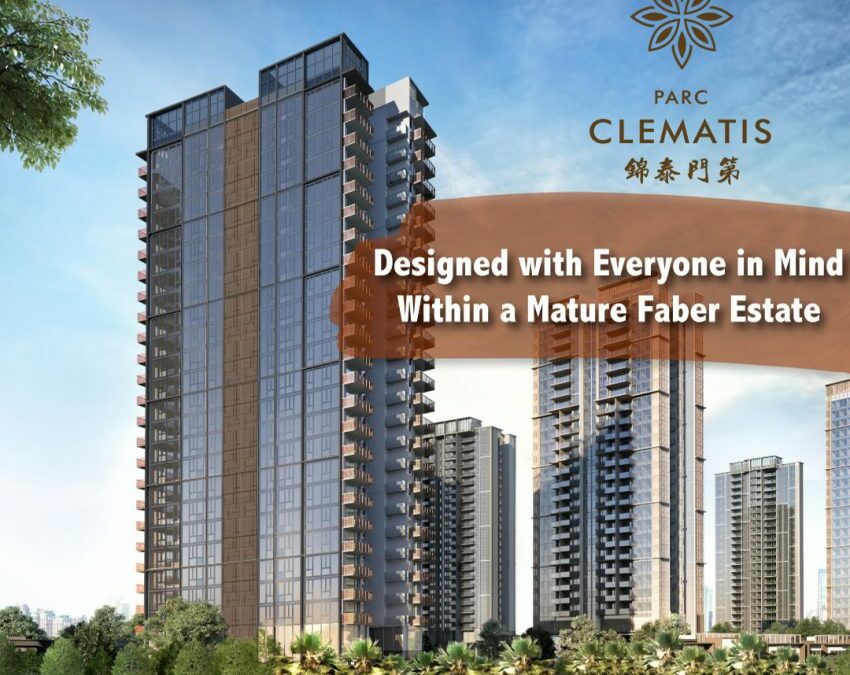 Parc Clementi is arguably one of the most eye-catching, unusual and outstanding condominium in Singapore. It is the development of the old Park West Enbloc which cost the SingHiayi properties $840.89 million.  This masterpiece was built on 633, 644.38 square feet making it the company’s 4th building project in Singapore.

It is a new development located at the center of Clementi by SingHaiyi Group. In addition, the Parc Clementi is delivery incentives for homebuyers especially those in the western region and is definitely worth every penny spent.

Furthermore, it is currently the biggest project of the company of the group, thus, giving it a lot of attention across the globe.

Sitting on a mega 633,644 ft land, Parc Clementi is no doubt the biggest and recent development with an enbloc in Clementi. It boasts of 1,450 condo units as well as 18 units. Also, its proximity to Clementi Mall and Clementi MRT station makes it a worthwhile investment.

It is tactically located at the center of Clementi Planning Area surrounded by several shopping centers in the vicinity. Based on the project, it is expected to consist of nine 24-storey tower block residential apartment with 6 units of 2 storey strata bungalow as well as of 12 units of semi-detached storey strata.

In all, the building consists of 1468 units. From its interior design to the exterior, layout design, facilities, location and so on, everything oozes of elegance. Consequently, the building has 5 premium bedroom units with a wide frontage for each.

The height of the building is considered to be the same size as the height of a 24 storey building which enhances proper ventilation. Its tower is geared towards the north-south orientation. This is so, to avoid the apartment windows facing each other or directly facing the blocks along the AYE.

According to the plan, the tower is designed to maintain a specific distance between blocks to give room for privacy among the occupants and also to avoid building from having a wall-like effect. Furthermore, this fosters greeneries at the base of the tower and allows for a vantage view of the landscape greeneries.

What more, this amazing project will feature two vehicular entrance, making it easier for commuters to navigate their cars as they please without the fear of colliding with one another. Also, it is expected to have two gates (one main entrance, and a secondary entrance).

The main gate would serve as the main entrance while and the location would be next to the primary ingress-egress along Jalan Lempeng. The good news is that this will allow the projected building to possess width enough to have a pedestrian path as well as a cycling path.

The secondary gate, on the other hand, would be erected along the Clementi Avenue 6- the road that links to the next bus stop after Regent Park—not forgetting the fact that the proposed building will also feature a service entrance for substation and bin center. The service entrance is mapped out from the existing service center at the far end of Jalan Lempeng.

Lastly, the projected building boast of a massive 245 bicycle lots, 32 lifts (including the clubhouse and private lifts), as well as 1468 plus 9 handicap lots.

One of the attraction of staying in parc clemati for parents is that their children have a wide selection of renowned schools of singapore all clustered around the area from famous primary schools like Nan Hua Primary School, Clementi Primary School, Qifa Primary School, and Peitong Primary School to one of Asia’s top university National University of Singapore (NUS) , Singapore Polytechnic, Ngee Ann Polytechnic and the School of Science and Technology (SST)

To understand whether a project has potential , most important factor is to understand the basic macro economics of supply & demand. Throughout my research, i like to bring out an interesting data if you are not familiar with the clemanti area. Are you aware that there are even million dollars hdb transected in Clemanti ? Yes, now lets see some interesting data comparing different hdb estates around Singapore . The average transected 5 room prices in clemanti is a astounding $800k on average compare which is comparable with central hdb estates like Toa Payoh & Bishan. Next lets dive into this anomaly and what is really spurring this demand that puts Clemanti into prime estate status

The growth of clementi has been unnoticed until a HDB was sold over $1m in 2016. Historically, there was a lot of hype about transformation in JURONG with the jurong lake district and high speed rail. Clementi is sandwiched in between Jurong and another vibrant commercial cluster of One North aka second CBD at Buona Vista with big MNCs like Shell and P&G setting offices there. One north including Science park is a more technology and research oriented commercial area. Being sandwiched in between means Clementi gets to enjoy best of both worlds with tenants and homebuyers overflowing down these.

Another data that might interest you is that there are only a mere 22 condos in the Jurong area compare to places like katong in district 15 with 487 condos. Jurong alone has demands coming from Tuas, jurong island industrial, etc. If we were to look at Buona vista, There are only 4 condos with a total supply of 2075 units supporting the estimated 46000 workforce alone in One north with majority of highly skilled foreign workers (PMETs). We have not include consideration of demands from NUS and NUH which is also around the area. Clementi has clearly enjoy the spillover effect due to the lack of supply in the vicinity.

The future situation in Clementi is pretty similar as with Buona Vista with only a total 5 projects including Parc Clemati with a total supply of 3644 units supporting the demands coming from surrounding offices and schools.

I personally like to buy property near schools because i have seen developments near popular top schools in singapore perform very well even during crisis . It even hedge against when property market is bad as condos near popular schools in bukit timah like Cascadia, Floridian prices outperforms overall market when there is a small dive during 2017. This is understandable from a buyer’s buying perspective given the kiasuness in local buyer mentality where having a top schools for their kids has became paramount needs and this necessity ensures constant demand and demands always equate to strong high price. One of the reason why Clementi prices has risen so much is another demand coming from the effect of top schools around the area. From top primary schools like Nan hua to top university like NUS, a parent can simply stay in clementi area and not worried about schools for their children’s whole schooling lifespan.

-Surrounded by demands from commercial offices and industry demand nearby

Parc clemati ticks all the checkboxes for a good investment with huge land size, good developer, selling at nearby resale price, etc . Regardless its for investment or homestay , i highly recommend you to look more into it in details